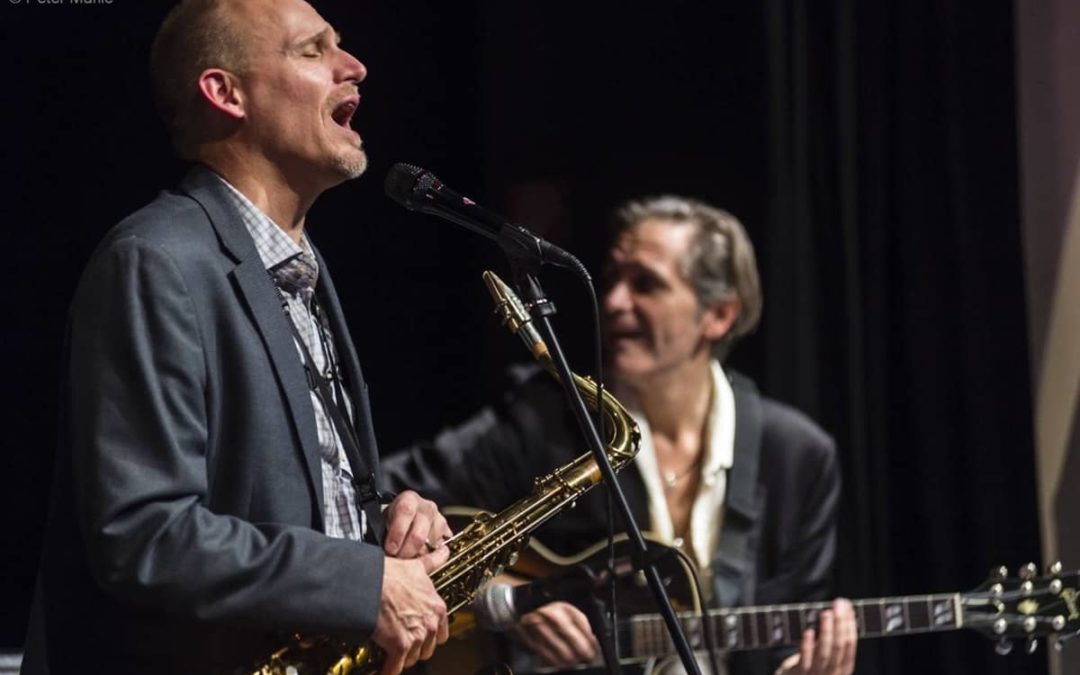 Yesterday I saw a concert by the Darmon Meader Hammond Quartett at the Music Village in Brussels (Belgium). Darmon Meader is the leader/arranger of the “New York Voices”, the world’s most famous vocal jazz quartett. I was anxious to listen what he had to say!

Darmon is known tob e a great tenor singer, a jazz-man and improivisational genius of the highest order. The fact that the rest of the quartett was great too (John Hondorp-Hammond organ, Jeanfrançois Prins-guitar, Bruno Castellucci-drums) made it only more exciting…and people, they didn’t let us down! In the first song I was still a little worried (Darmon reached for his saxophone, which he can play greatly but I came for his singing!) But after that song a great four-hour show developed in which one after the other vocal jewel was shared with the audience. It made me forget the world around me.

Darmon sang well known standards, reshuffeled ideas, improvised, scatted amazingly on any given song. His vocal version of Chick Corea’s “Spain” and the improvisation on that song was so subtle that I could close my eyes and feel myself being in Spain under the burning sun. Loverman, the Billie Holliday ballad changed into a jazz waltz that made you want to dance instead of listen…he could have gone on and on.

Brussels was a long drive but it has been worth the while…when Darmon Meader comes back in the neighbourhood I will go to listen to him again. I will keep you all posted.